US PPI drop as another sign of economy weakness

US producer prices returned to decline in June, another sign of a weakening economic recovery. On average, it was expected to duplicate the previous month growth by 0.4%, but instead, the PPI fell by 0.2%. The annual rate remained at -0.8% y/y, despite a spike in oil prices. The core index (excluding energy and food) has slowed its year to year growth to 0.1%, the lowest since 2003. 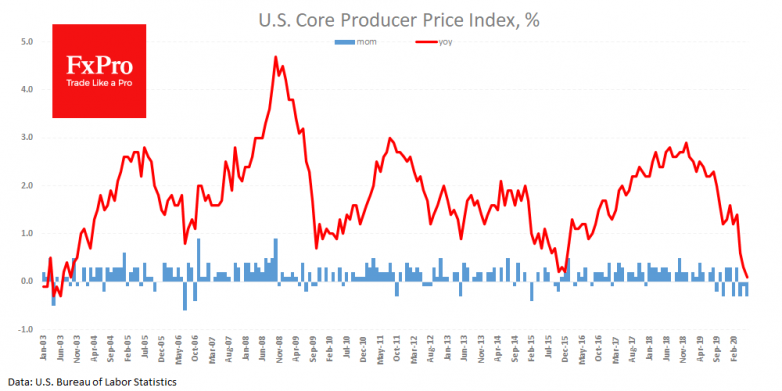 A fall in prices is a sign that manufacturers cannot shift the rising costs to customers, trying not to lose market share and sales. This is a crisis behaviour pattern that is often accompanied by a decline in employment. In 2009, for example, the annual growth rate of prices began to increase two months before the start of the trend for growth in the labour market.