The US winding down crude drilling, despite prices rebound

The number of drilling rigs in the US continued to decline last week, reaching a new low of 258 units (oil gas). The number of oil rigs dropped to 181 compared to a historic low of 179 in 2009. Although for almost three months, oil quotes have maintained a growth trend, US companies do not increase drilling activity. 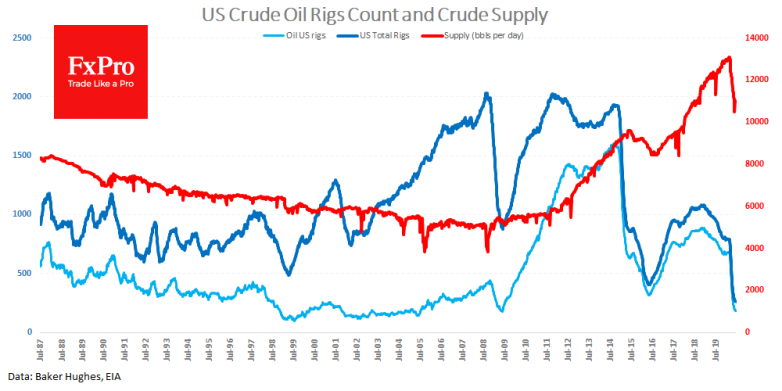 Perhaps this is an essential factor in supporting oil prices. Their reversal to growth in the second quarter based on a sharp decline in the production of OPEC countries, and an output reduction in countries that did not formally join the agreement. Now OPEC is considering some ease for quotas since August, and Mexico is refusing initial agreements. If resumption of production, or at least the restoration of drilling activity, is added to this, the growth trend in oil quotes may be finally broken.