U.S. stock futures pulled back early Thursday, with investors focused on earnings results and sharp losses in Asia shares overnight. Futures on the Dow Jones Industrial Average pointed to a loss of about 200 points at the open. S&P 500 futures and Nasdaq 100 futures also indicated a negative open. 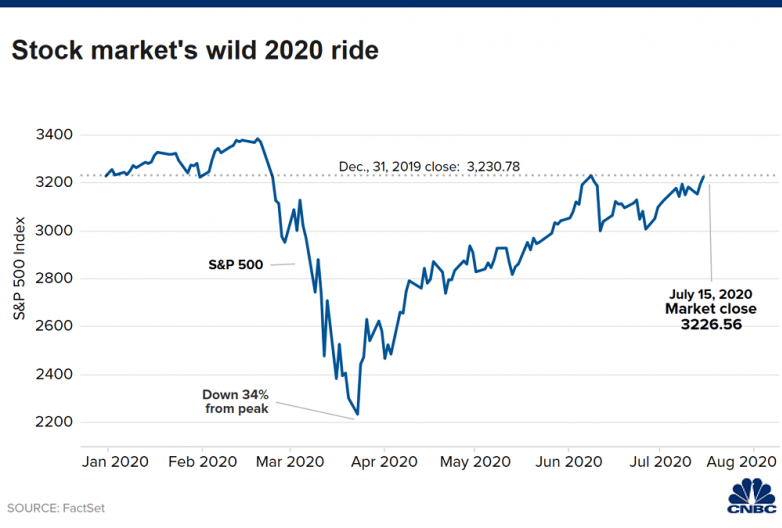 The moves came following a major sell-off in mainland Chinese stocks, which saw the Shanghai composite down more than 4% on the day. That came despite China reporting that the country’s GDP grew 3.2% in the second quarter of the year as compared to a year ago — above expectations of a 2.5% growth by economics in a Reuters poll. Investors are also watching for corporate earnings reports, including Bank of America and Morgan Stanley. Johnson & Johnson, Charles Schwab, Abbott Labs and Domino’s Pizza will also report before the market opens on Thursday, while investors will be watching for Netflix’s second-quarter earnings report after-the-bell.

Earnings season kicked off on Monday, and so far results from the U.S.’s largest banks have been mixed. Goldman Sachs easily beat expectations when it reported earnings on Wednesday, helped by a 93% surge in trading revenue. JPMorgan Chase also reported better-than-expected results, while Wells Fargo posted a $2.4 billion loss and slashed its dividend to 10 cents per share. June’s retail sales number will also be released on Thursday, with economists polled by Dow Jones expecting a 5.2% jump as the economy continued to reopen. May’s 17.7% surge blew past estimates and was the largest reading on record.

Stocks finished Wednesday’s session higher, fueled by positive news regarding a potential coronavirus vaccine, as well as strong earnings results from Goldman Sachs. The Dow rose 227.51 points, or 0.9%, in its fourth straight positive session. The 30-stock index crossed above the 27,000 mark for the first time in more than a month, although it wasn’t able to hold that level into the close, and finished the session at 26,870.10.

The S&P 500 rose 0.9%, while the Nasdaq Composite was the relative underperformer, rising just 0.5%. The tech-heavy index was weighed down by weakness in shares of Big Tech. Amazon slid more than 2%, while Netflix, Microsoft, and Alphabet also closed in the red as investors rotated out of these names and into sectors that are most sensitive to the economy’s reopening, such as cruise line operators.