The US retail sales report eased some concerns about consumer activity. A 7.5% increase in sales in June after a jump of 18.2% (revised from 17.7%) brought the figure to a positive to the same month previous year. 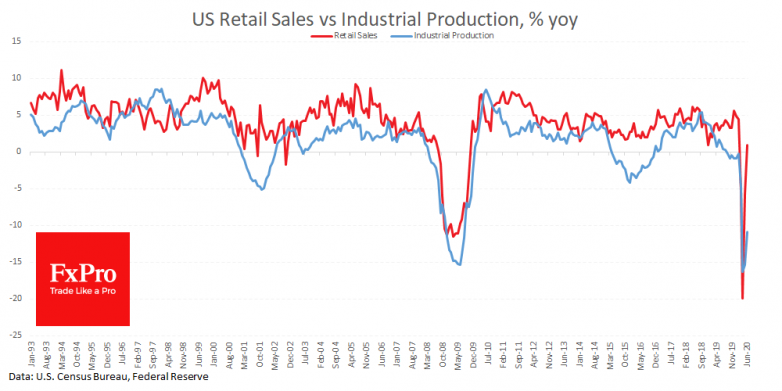 A healthy report confirmed last month’s observation that a strong sector in the economy begins to recover much earlier. Thus, manufacturing is a strong sector for China, while consumer activity is lagging. In the US, the consumer is the centre of the economy, due to which the special attention of politicians and markets is concentrated precisely on it.

In addition to retail sales, the Philly Fed production index (24.1 vs expected 20) and the number of repeated applications for unemployment benefits (17.3M vs expected 17.6M) were also better than expected in the United States.

The news is better than expected, probably helping to expand the S&P500 index to growth. Increased demand for risky assets also returned pressure on the dollar to the game.