Bitcoin lost about a percent in a week, and at the beginning of the new working week, the coin is trading around $9,200. The leading stock indices have also remained in a sideways price trend over the past week. Such weak dynamics can be seen as the calm before the storm. Participants of the crypto market are frozen in anticipation of the decisive new factor that will move the market from it’s deadlock.

In the meantime, we are witnessing a continued decline in BTC trading volumes. According to CoinMarketCap, they declined by another 16% over the week to the level of about $13 billion. If we take into account the data of aggregators, which focus on “real trading volume”, the picture becomes even bleaker. According to BitcoinTradeVolume, the real trading volume for Bitcoin per day is $430 mln.

Data provider Messari points out that the only cryptocurrency with daily trading volumes higher than a billion dollars is the Tether (USDT) stablecoin. At the moment, the coin shows $1.5 billion per day. The nearest stablecoin in terms of volume is the USD Coin (USDC), which shows only $32 million per day. It is very likely that the stablecoins will only grow over time.

Such a scenario will attract close attention of regulators. If Bitcoin was a “project in itself”, and its value soaring to $20K was easily cut several times while still pushing tens of thousands of retail investors out of the market, then stablecoins are already on the  banks’ playing field. It is quite possible that integration with the traditional banking sector is possible on the basis of stable cryptocurrencies, although initially, such an approach expects resistance. 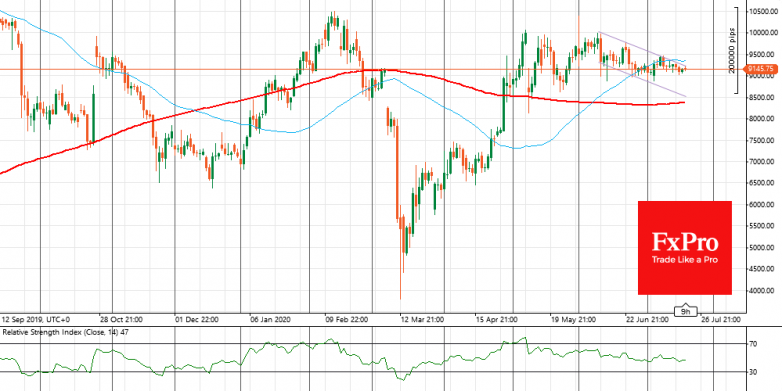 There are several possible scenarios for volatile cryptocurrencies. One of them is that after the formation period is over, the value of the coins is fixed near a certain price level. Ethereum and other projects that go far beyond speculative interest could follow such a scenario. Bitcoin and other highly volatile digital currencies, on the other hand, would either have to accept the “tulip mania” status or carry out network upgrades that would allow for attracting non-speculative interest.

The crypto market is very small in size if compared to the traditional market. At the moment, it can have a particularly strong impact on the prospects of digital currencies, given the peg to the stock market and institutional investors’ view of bitcoin as a risky asset. The crypto market is extremely limited in manoeuvrability, and any significant decisions by institutional investors will create a massive wave. Unfortunately, the probability of a “growth wave” in this case is quite low.