Fears around the dollar push the crypto value up

Bitcoin has grown 1.5% in a day and changed hands at $9,500. At least in the short term, the coin broke its correlation with the stock market. Over the week, Bitcoin showed a 4% growth. The benchmark cryptocurrency exceeded the 50-day MA and reached its monthly high, reflecting the return of buyers’ interest.

For the most part, it can be caused by the persistent weakening of the dollar, which pushes investors to look for ways to protect their capital from depreciation. 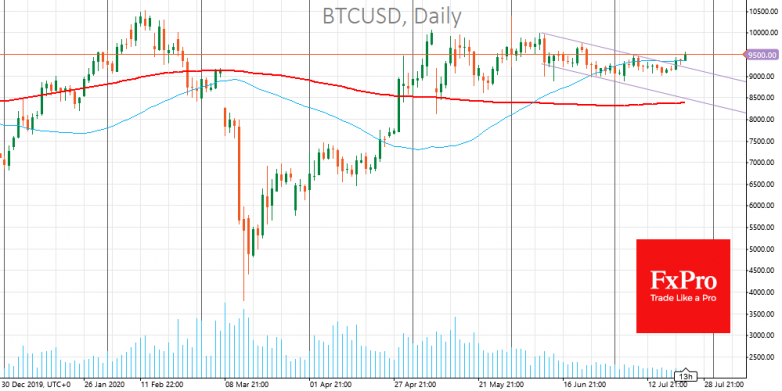 Among the TOP-10 digital coins, Ethereum (ETH) showed the highest growth, adding more than 13% over the week.

Bitcoin hash rate, which reached its maximum on July 8, shows a consistent decline, which is quite logical, given the need for miners to work at a loss. However, this process has not yet affected the difficulty, which is currently at its historical maximum. The desire to maintain market share among the miners becomes another factor of support for the first cryptocurrency.

Bitcoins correlation with the stock market has several opposing influential factors. On the one hand, a stable basis for pricing is necessary for professional trading. On the other hand, the asset is inherently highly volatile and was able to show such impressive growth in 2017 due to retail investors’ misunderstanding of the nature of the growth. 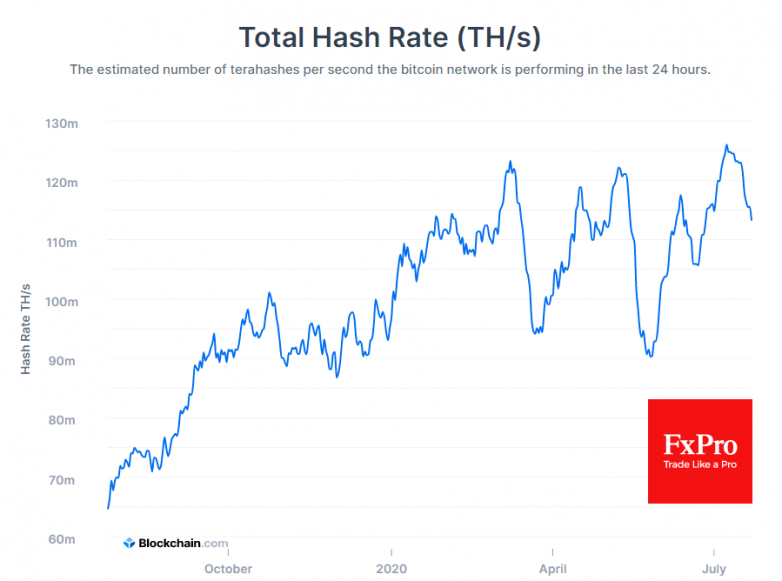 At the moment, this kind of “unexplained growth” can be found in the traditional financial market itself, forming an absurd (in the recent past) analogy with Bitcoin. Under these conditions, demand attracts all assets which are able to show the fastest possible profit, but with a high probability after such “growth on steroids”, we’ll face a painful period of detoxification.