Eurozone and British PMIs boost pressure on the dollar

Flash PMI estimates for European countries were very strong. Except for the unpleasant surprise in France’s Manufacturing, the figures exceeded expectations and firmly entered the growth area. UK and German Services PMI turned out to be significantly higher than previous values and forecasts. Values clearly above 50 reflect activity growth, not just a halt to the decline. 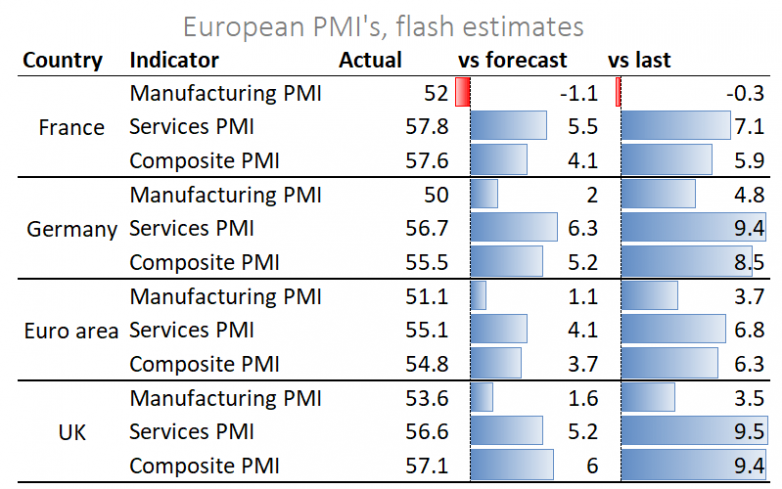 The British pound often reacts immediately to the news, so it was not surprising to see it strengthening from the intraday lows near 1.2710 before the release, to 1.2780 at the time of writing. The current values of the pair are close to reaching the turning point of this week, near the highs in early June, which is attracting more attention.

In case of a breakthrough, GBPUSD may not meet significant resistance up to 1.3000. If the bears add more pressure, it might cause a long decline towards 1.2250 (June low) or further to 1.2000.