The EURGBP rate climbed above 0.9100 recently; however, on Tuesday it retreated below this level due to the correction in EURUSD.

Euro/pound has climbed above 0.9100 numerous times over the past four years, but this growth proved to be shaky and short-lived. 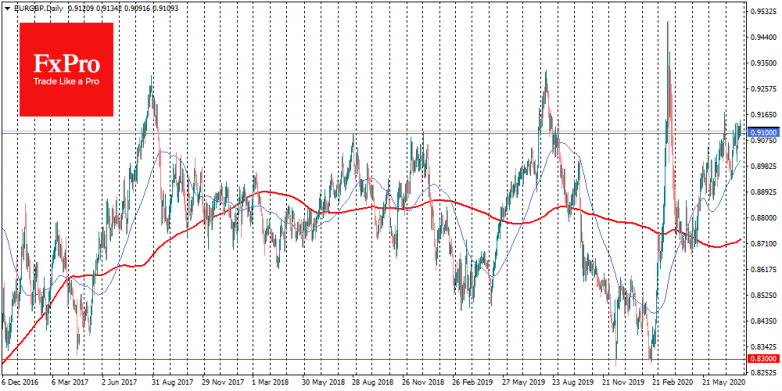 In recent years, the dynamics of the pair has shown a sideways trend mostly between 0.83 and 0.91. Short-term upside spikes occurred during pound crashes caused by Brexit or the outbreak of COVID-19 in the UK, but there were soon enough buyers for Sterling.

Today we witnessed pullback activity in the euro, with still confident demand for the pound after EURGBP reached the levels near 0.9100.

A pullback from this significant resistance could receive additional confirmation in the event of a dip below the 50-day SMA. Currently, it coincides with the round level 0.9000 and without significant obstacles, the pair may well decline to the middle of the trading range at 0.87, which is close to 200-day SMA.