The number of new jobs in the United States increased by 1,763K after an increase of 4,791K a month earlier.

The fact came out slightly better than expected and reversed gloomy expectations of stalling labour market. At the same time, traders should not be confused by the relative dynamics: the number of jobs in the US now is 139.6 million, which is 12.9 million below the February level, before the hit of a pandemic. 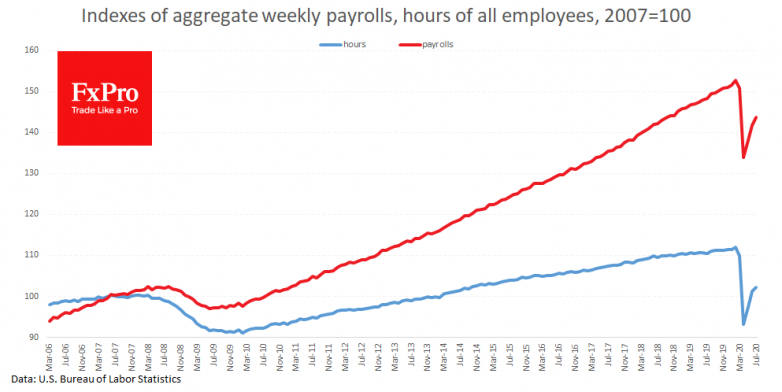 Probably, it is a moderately positive report for risk-appetite as for most indicators went above expectations. After some fluctuations, the US stock indices added cautiously, as did the dollar. The American currency enjoys demand from most of its competitors, as it removes the need for the Fed to prevent an economic downturn immediately.