The Conference Board noted an unexpected and sharp deterioration in consumer sentiment in August. The Index in August fell to 84.8, the lowest level in 6 years, against an expected increase from 92.6 to 93.0. 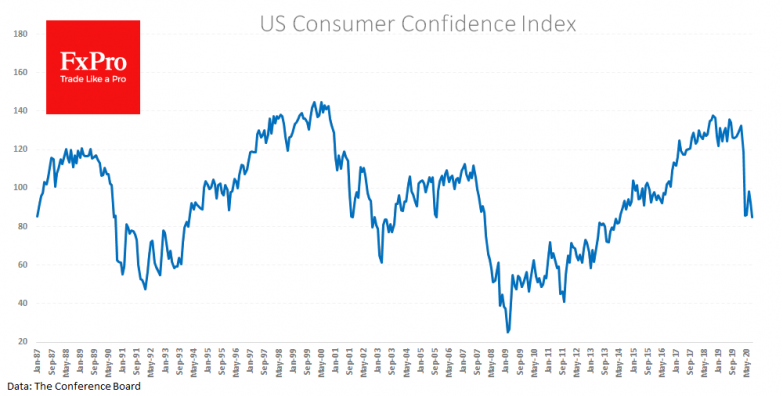 Both the assessments of business and labour market, as well as expectations, have worsened (official release). The report notes that, despite some rebound in spending, consumers are generally concerned about the economic outlook. Consumers note a worsening of the labour market and business conditions.

This unexpected failure of consumer sentiment in the USA is in contrast to further recovery of the Ifo Business Sentiment Index in Germany, which was released earlier today. The American consumer is the primary driver of US GDP, while in Germany and the EU it is production and export.

As a result, American markets are under pressure after the weak CB report, and the dollar suspended its recovery.