Another weak US employment report from ADP

The American private sector added 428K jobs in August, ADP said in its monthly report. This is almost three times lower than the average forecasted increase of 1.25 million following a strong NFP report a month earlier. The ADP numbers were also noticeably weaker a month ago, but the official data eased fears and showed total employment grew by 1.76 million, of which 1.46 million was in the private sector. 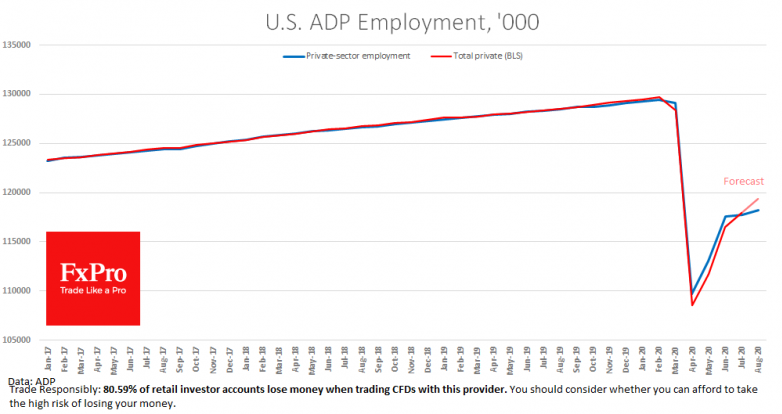 On Friday, the official report is expected to show an increase of 1.52 million and 1.4 million, respectively. However, the second weak ADP report in a row is adding to the worries.

The ADP report has been created and is periodically revised to conform to official data, which attracts market attention to this release. Recently, strong US data has been supporting the dollar and stock markets, attracting capital in the hope of a rapid economic recovery. Conversely, weak labour markets may put pressure on the US equity market and the dollar in the first phase due to falling investor interest.