Jobless claims: better than expected, but far from the norm 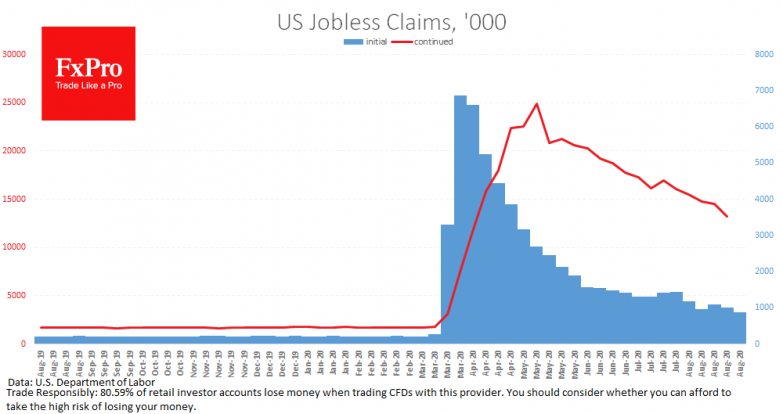 Initial claims fell to 881K last week, better than the expected 955K. Continued claims were 13.2 million, 1.2 million below the previous week’s levels. This was far better than expected, as economists on average predicted to see 14 million applications.

The program for extra payments for unemployed ended in August, which forced people to look more actively for work. We must not forget that even with such a dramatic improvement, recent numbers are still 11.5 million above March levels before the lockdown hit. 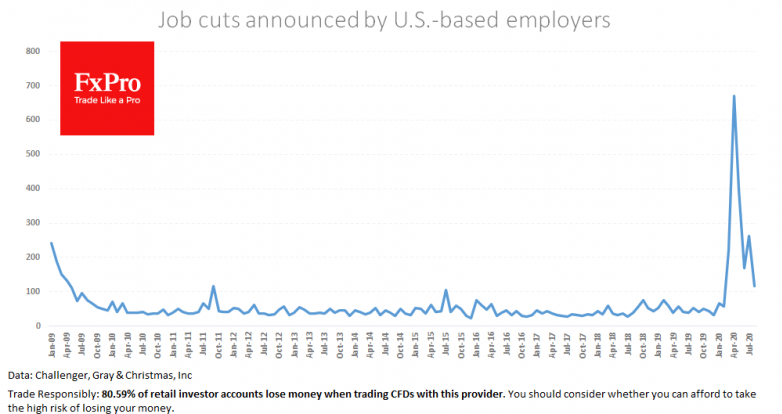 Separately, Challenger Job Cuts index reminds us that situation is far from the norm and requires additional support. August data showed twice as many layoffs as the year before. Despite ultralow interest rates and new highs for stocks, overall business is continuing its optimization, which will prevent the economy from fully recovering in the coming months.