Euro jumps against Dollar, Pound after the ECB meeting

The single currency has returned to the offensive, exceeding 1.19 for EURUSD and 0.92 for EURGBP. ECB President Lagarde’s comments on euro dynamics were not as aggressive as some feared. 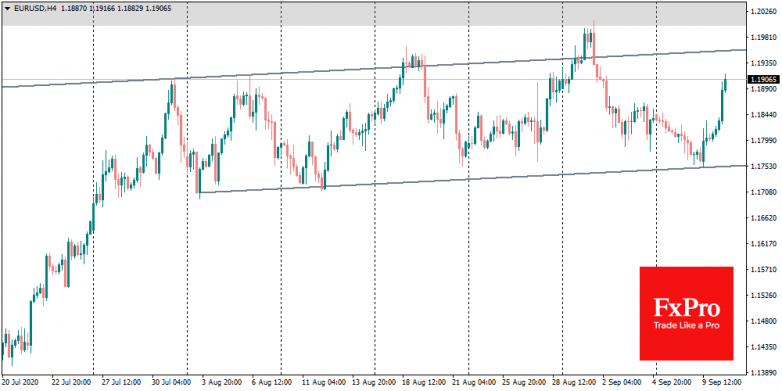 In her remarks, she noted that the dynamics of the FX are taken into consideration and discussed by Governing Council, but emphasised that the ECB does not target the rate.

Subsequent comments from Lagarde also dismissed fears of deflation. On the contrary, she noted that the inflation situation has improved since the last meeting.

In less than two sessions, EURUSD retrieved back two-thirds of the drop from its peak on 1st September.

Elsewhere in the markets, buyers have returned to the US Tech sector, which brought back optimism among participants. For the euro, this could be a strong bid for a new test of 1.2000, potentially targeting 1.2500 before the end of the year.