The dollar is retreating against franc and yen, which is often a signal of increased demand for safe assets.

At the same time, the markets remain positive overall. Does this mean that there is an increasing demand for safety assets on the foreign exchange market? It seems unlikely for now. 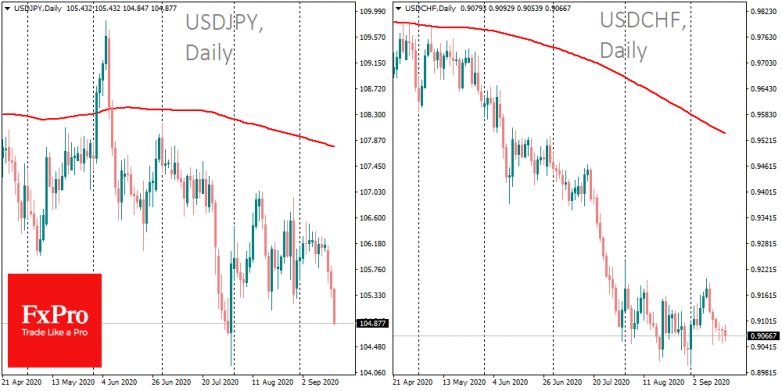 It is more akin to an individual weakening of the American currency as we see the pound recovering against the dollar, as well as the outstanding performance of renminbi along with a strengthening Aussie.

Interestingly, the single currency is obviously in no hurry to stand out against this background. Its losses against the pound, the yen and the franc reflect the indecision of traders near an important level for EURUSD. The pair briefly crossed the 1.2000 level at the beginning of the month but was knocked down by bears with a six-day decline. In the last month and a half, the pair has been repeatedly thrown from 1.1900.

This only intensifies attention to 1.2000, as overcoming this level can result in the surrender of the American currency in the following days or even weeks.