The price of Bitcoin (BTC) had to hold the crucial support level between $11,100-11,300, and it did. After this support test, the price of BTC continued to surge upward on Oct. 20, reaching the crucial resistance area between $11,900-12,200. This upward move came along with weakness in the dollar, as the U.S. Dollar Currency Index (DXY) dropped substantially. A correlation that’s been effective throughout 2020 already. 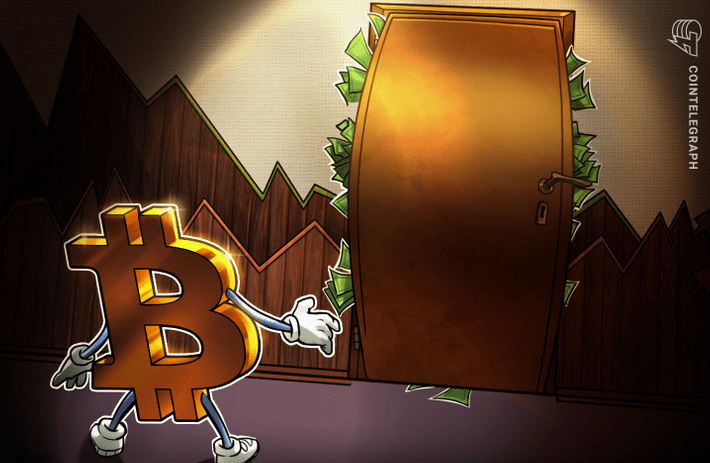 However, other cryptocurrencies haven’t been following in Bitcoin’s footsteps as altcoins are selling off heavily. Is the attention shifting back to Bitcoin? The weekly is showing one massive crucial level that’s been a hurdle for Bitcoin in the previous years. It’s the resistance area between $11,700-12,300. If that level is broken to the upside, a strong move toward $17,000 is likely to occur.

It would also mean the start of the new cycle with more and more arguments to be made at the beginning of a new bull cycle. However, it doesn’t mean that a breakthrough is imminent as the construction is ripe for further range-bound movements. The main argument for a breakout upward would be the weakness of the U.S. Dollar. The U.S. Dollar has been showing weakness since the massive crash in March 2020, causing the prices of gold, silver and Bitcoin to surge heavily.

The DXY is a great indicator to derive momentum on other “safe haven” assets like gold, silver and Bitcoin. Of course, when there’s a definite crisis occurring on the markets, the run to cash and the dollar is expected.

Altcoins are getting crushed by the recent moves in Bitcoin. Whether BTC goes up or down, it doesn’t matter. Altcoins are dropping like stones.

That’s not entirely a strong signal for the markets as it indicates that the focus is around Bitcoin. The moment that Bitcoin goes up while altcoins are getting sold off means that there’s money flowing from altcoins into Bitcoin. If that occurs and Bitcoin makes a small move, it doesn’t show much strength.

In that regard, markets move in cycles where the fourth quarter of the year is typically a terrible quarter for altcoin investors. History shows that the dominance chart of Bitcoin moving up in that quarter and topping out in December.

Moving forward, It’s very likely to see Bitcoin’s market dominance surge upward from here, with altcoins selling off further. Critical indicators for the markets in the short term are the strength of Ether, and thus altcoins, against Bitcoin and the overall movements of the U.S. Dollar Currency Index.