The easiest part of Oil’s recovery may be over

Oil is developing a growth on Thursday morning, increasing more than 8% so far this week and adding one third from the lows at the beginning of the month.

Brent’s growth momentum yesterday and the renewal of highs since March are attributed to an unexpected decline in US oil reserves, contrary to forecasts of growth. Commercial stocks declined by 754K barrels over the week, almost reversing the growth of 769K barrels recorded a week earlier. Inventories are now 8.1% higher than they were the same week a year ago. 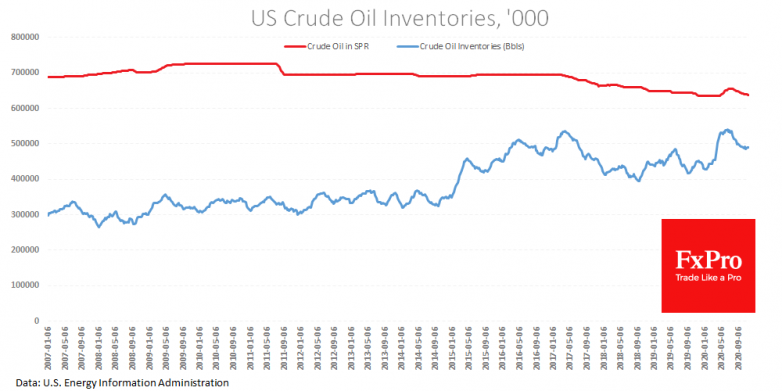 In Oil’s favour, the dollar index has also weakened to two-year lows, which depreciates the underlying asset.

Among the bullish factors for Oil is OPEC ’s desire to extend the current quota level by three months longer than planned in response to the second wave of the pandemic, which should help avoid overstocking.

The market got psychological support from the fact that Russia and Saudi Arabia continue their close coordination, formally abandoning the war for a share in global supply.

At the same time, we should be wary of the immediate prospects for Oil after the impressive November rally. 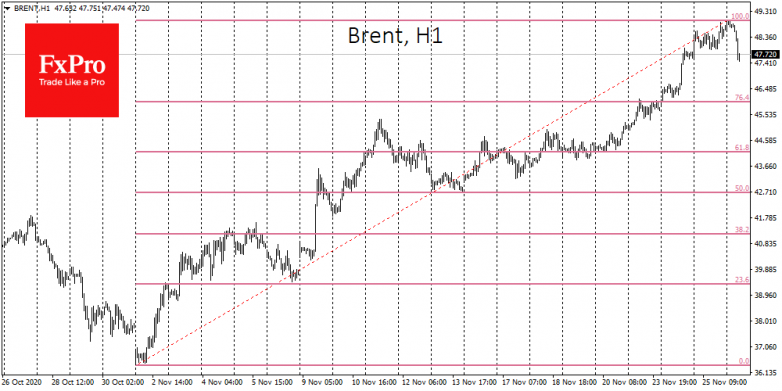 The increase in quotations by one third in November risks turning into massive profit-taking at the end of the month. Turning from $49 could take quotes to $46 or even $44, depending on the depth of correction. The psychologically important level of $50 probably won’t give up without a fight.

Among the fundamental factors, not everything is evident for further non-stop growth of quotes. US oil production last week was 11 million barrels a day (10.9 million and 10.5 million in the previous two weeks). This means that the US is already ramping up production, and this should alert buyers.

An additional worrying factor is another increase in drilling activity. The Baker Hughes data showed an increase in the number of oil production drilling rigs by 10 per week, to 241. Although this is a recovery from multi-year lows, it is still a turning point for the oil cycle. 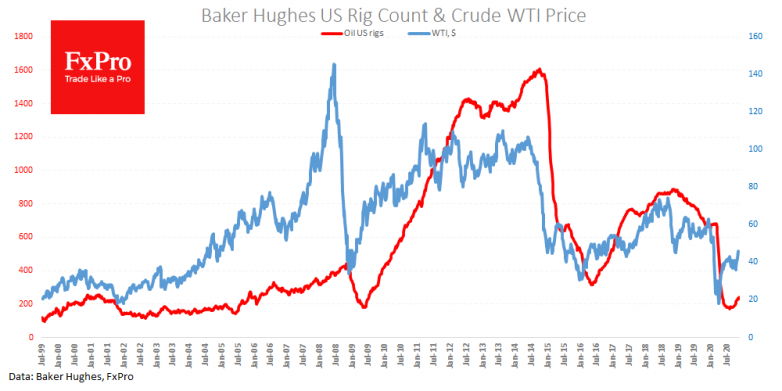 In the long term, the stringent OPEC quotas are playing into the hands of the USA. Price dynamics lead to drilling activity. The November rise in prices promises to revive this area even more strongly. Such prospects promise to halt the increase in prices soon.

Further strengthening of Oil may not be as smooth and even, risking more and more profit taking at significant levels, as well as fears of a slowdown in demand recovery.