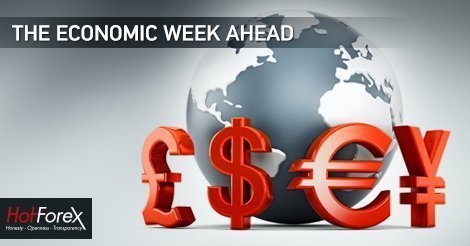 United States: The week kicks off with the April ISM manufacturing report (today) and winds up with the employment report (Friday). In between there will be releases on construction, trade, productivity, and services. The ISM is expected to slip slightly to 51.5 in April (median 51.3) after a stronger than expected increase to 51.8 in March. The latter was the highest since June. Construction spending for March (today) is forecast rebounding 0.3% (median 0.5%), recovering somewhat from the 0.5% February slide. But spending is up 6.9% on a 3-month annualized basis and 10.3% y/y. Indeed, the FOMC noted in its statement that the housing sector has improved further since the beginning of the year, though that’s maybe a “glass half full” view given the mix of data. Vehicle sales (Tuesday) are another key for the economy and are projected to increase 2.1% to a 16.8 mln pace, compared to March’s 5.5% drop to 16.5 mln. The April ADP private sector jobs report (Wednesday) will give an initial peak of the month’s employment conditions and is seen rising 200k, the same as in March. The preliminary productivity report for Q1 (Wednesday) should show a 2.5% decline (median -1.5%) following Q4’s -2.2%. Unit labor costs are seen rising 5.5% (median 3.5%) following Q4’s 3.3% increase. The trade report should post as $46.5 bln deficit (median -$41.5 bln) following the smaller than expected $56.9 bln goods deficit. These two reports will have important implications for the growth outlook transitioning into Q2. The service sector continues to provide positive underpinning for the economy as a whole and the April ISM non-manufacturing index (Wednesday) should inch up to 54.7 (median 54.6) from 54.5. Initial jobless claims (Thursday), which have been one of the strongest indicators of the health of the labor market, are projected to be little changed at 256k from the prior 257k. The week’s highlight is the April employment report (Friday) which will provide insight not only on jobs across sectors and key categories, but also on wages, which are a focal point for the FOMC. Employment is forecast rising 210k (median 208), not quite the 215k increase in March, with private payrolls up 200k (median 200k), while manufacturing is unchanged (median -6k). The unemployment rate is expected to tick down to 4.9% (median 5.0%) after the surprise increase to 5.0% in March. The workweek should be steady at 34.4 (median 34.5). Average hourly earnings are projected to rise 0.3% (median 0.3%), as was the case in March following the disappointing 0.1% February drop.

Canada: The Canadian calendar has several top-tier reports this week, which will provide key insights into how the economy performed after the modest 0.1% pull-back in February GDP. The trade report (Wednesday) is expected to reveal an improvement in the trade deficit to -C$1.5 bln in March from -C$1.9 bln in February. Export values are seen improving 2.0% m/m in March after the 5.4% drop in February. Imports are projected to rise 1.0% m/m in March on the heels of the 2.6% decline in February. The employment report (Friday) shares top billing with trade this week, with an anticipated 10.0k rise in April jobs following the 40.6k bounce in March. The unemployment rate is rising to 7.2% from 7.1%. Building permit values (Thursday) are expected to fall 5.0% m/m after the 15.5% run-up in February. The Ivey PMI (Friday) is expected to improve to 53.0 in April from the seasonally adjusted 50.1 in March.

Europe: After the very busy data calendar last week and the central bank decisions in the U.S. and Japan, the markets can take a breather. The ECB publishes its latest economic bulletin (Thursday) which is likely to confirm that the central bank is firmly in wait and see mode and focused on implementing the decisions from March. As Praet repeated again on Friday it will take a major shift in the outlook to prompt further easing and this side of the U.K. referendum this seems very unlikely. In this environment, ongoing negotiations with Greece over the progress of the bailout, rather than data releases, are likely to take centre stage. Contingency measures to safeguard budget targets remain the sticking point in the talks and the IMF is also dragging its feet on debt reductions again. The data calendar is quiet and on the whole won’t change the outlook, with a focus on the final readings of Eurozone manufacturing and services PMIs (today and Tuesday), which are expected to be confirmed at 51.5 and 53.2 respectively (medians same). The recovery is continuing and sectors remain in expansion mode, but it seems already clear that the quarterly growth rate will slow down again in the second quarter, from the better than expected 0.6% q/q in Q1. The Eurozone also has March PPI (Tuesday) data as well as March retail sales numbers, but with April CPI and Q1 GDP already released, the data will mainly give further background information.

United Kingdom: While Brexit risks have ebbed over the last week, as suggested by opinion polls and betting odds with regard to the Jun-23 referendum on EU membership, incoming data have continued to paint a picture of deflating economic momentum. BoE governor Carney said last week that this was “probably related to issues around the referendum,” although fiscal tightening is also a factor, with the government’s deficit reduction efforts back into full swing following a hiatus ahead of the general election last year. This week’s calendar is highlighted by the Markit April PMI surveys, which we don’t expect will change the picture much. The manufacturing PMI (Tuesday) is expected at 51.3 (median same), which would build on the February’s 50.8 cycle low and March’s 51.0 reading, but would still signal a tepid rate of expansion in the beleaguered sector, still not feeling the benefit of sterling’s six-month downtrend. The services PMI (Thursday) is expected at 54.2 (median 54.1), up moderately from March’s 53.7 reading.

China: reveals official April CFLP manufacturing PMI (Tuesday), which is forecast to improve to 50.5 from 50.2. The April Caixin/Markit PMI series (Tuesday) and is penciled in at 49.9 from 49.7. April services PMI (Thursday) is seen up to 52.5 from 52.2 previously. The April trade report is expected on Saturday, with the surplus forecast to widen to $39,0 bln from $29.9 bln.

Japan: calendar begins and ends on today, with the release of the April Markit/Nikkei PMI, which is expected to rise to 49.5 from the previous 49.1 reading. April auto sales will also be released.

Australia: In Australia, Reserve Bank of Australia (Tuesday) is expected to hold rates steady at 2.00%. The Bank also releases its quarterly Statement on Monetary Policy (Friday), which will provide fresh growth and inflation projections. The slate of economic data is relatively heavy this week. The trade report (Thursday) is expected to reveal a -A$3.1 bln deficit in March from -A$3.4 bln in February. Retail sales (Thursday) are seen rising 0.2% m/m in March after the flat reading in February. Building approvals (Tuesday) are projected to slip 1.0% in March after the 3.1% gain in February.