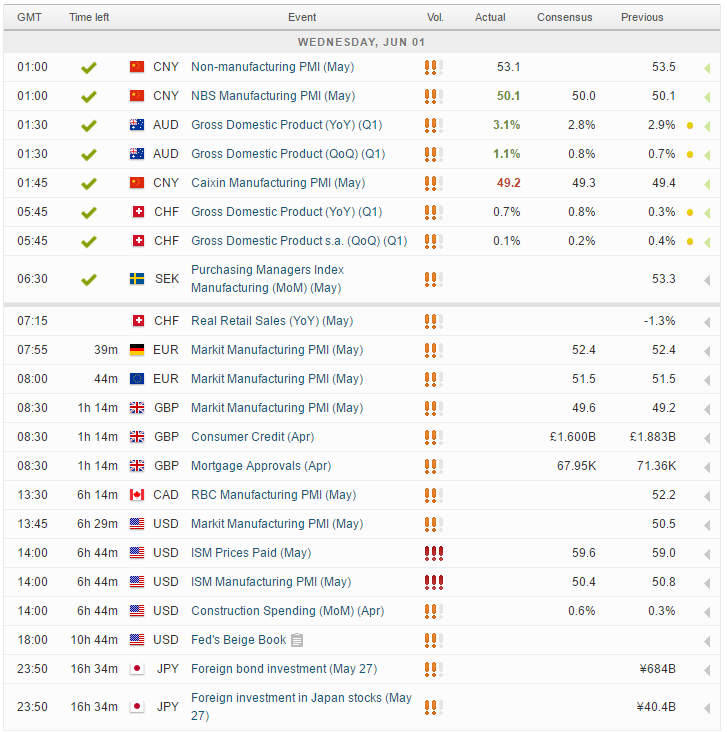 Sterling remains under pressure on new Brexit polls that showed a swing in support for the Leave campaign. The FT’s Brexit poll tracker is now showing 46% in favour of Remain and 43% in favour of Leave, versus respective figures of 46% and 41% that were being shown yesterday morning (London time). Bookmaker Ladbrokes are now reporting 75% of all Brexit bets are in favour of the UK remaining in the EU, down from 79% seen yesterday morning and off from the 81% level seen at the end of last week. At the same time in Japan PM Abe announced a two-plus year delay in the planned sales tax hike (which had been scheduled for April next year), raising concerns about fiscal sustainability although a widely anticipated move.

Switzerland’s economy expanded sluggishly in the Q1 2016 as government spending fell for the first time in 12 months. The slowdown to 0.1 % followed a period of expansion of 0.4% in the last quarter of 2015 and was less than the 0.3 % growth that economists forecasted. The report published by the State Secretariat for Economic Affairs in Bern also showed that government spending dropped 0.8 %.

Atlanta Fed’s GDPNow estimate remained at 2.9% for Q2 unchanged from the last reading on May 26 after taking the measure of the personal income report this morning: “The GDPNow model forecast for real GDP growth (seasonally adjusted annual rate) in the second quarter of 2016 is 2.9 percent on May 31, unchanged from May 26. The second-quarter forecast for real consumer spending growth remained at 3.6 percent after this morning’s personal income and outlays release from the U.S. Bureau of Economic Analysis.” See the Atlanta Fed GDPNow website for more insight.

Yesterday’s US reports revealed a hefty 1.0% April surge for consumption that beat estimates and dominated the day’s headlines, alongside a largely expected 0.4% April income rise, and disappointing May declines for the Chicago PMI to 49.3 from 50.4, for the Dallas Fed index to -20.8 from -13.9, and for consumer confidence to 92.6 from 94.7 (was 94.2). The big April spending surge lifted our Q2 GDP forecast to 2.6% from 2.0%, with a solid 3.47% (was 2.3%) Q2 growth clip for real consumption. Output is rebounding in Q2 as we approach the end of the inventory headwind, despite the day’s ugly confidence and sentiment setbacks for May.