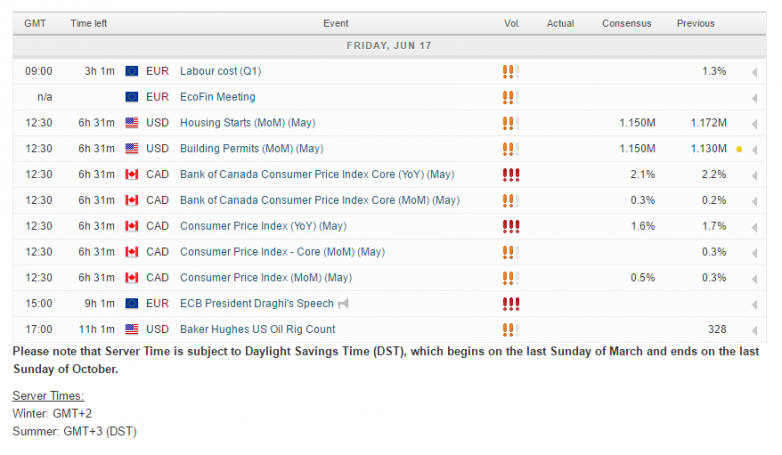 European Outlook: Stock markets in Asia rebounded, (Nikkei 225 closed up 1.07% at 15,599) following on from gains on Wall Street yesterday and as the Yen fell back from the highs seen in the wake of the BoJ decision yesterday. U.S. and U.K. stock futures are also higher as are oil prices although at USD 46.63 per barrel the front end WTI future remains far below recent highs. With this week’s round of central bank meetings out of the way the focus is fully on the Brexit referendum on June 23 and markets are likely to continue to be jumpy ahead of the result. Today’s data calendar is pretty empty and only holds Eurozone current account and BoP data, which usually are not market moving.

Brexit campaigning suspended: Following the tragic murder of UK MP and Remain supporter Jo Cox on the streets of her constituency yesterday, the campaign has been suspended for at least today. GBPUSD initially fell to lows of 1.400 before rallying to 1.4250, the news appearing to give the moral high ground to the remain camp.

BoE and SNB Waiting for Brexit Vote: BoE and SNB left policy on hold yesterday, with the Brexit referendum clearly forcing the central bank’s hand and the uncertainty making any interpretation of economic data more and more difficult. The BoE left its implicit tightening bias in place, but highlighted that the last Inflation Report was based on the assumption that the U.K. votes to remain in the EU. In case of a vote in favour of Brexit all bets are off again, as the central bank will have to balance the impact of likely higher imported inflation with the likely slowdown in output growth. Although taking the wider implications for the rest of the EU into account, relative growth and bank rate projections may end up not looking fundamentally different after all.

US data reports: U.S. NAHB homebuilder sentiment index rose 2 points to 60 in June, a little better than forecast, from 58 over the past four months. This is the highest since 61 in January. The prior 58 was the lowest since May 2015. The single family sales index edged up 1 point to 64 versus 63 in April and May. The future sales index jumped to 70 from 65. The index of prospective buyer traffic improved 3 points to 47 from 44.