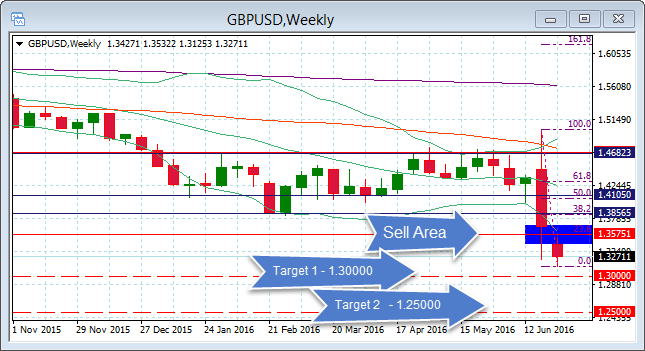 More Stress ahead for Sterling: The pound is lower in London trade though so far remains above lows seen in the immediate wake of BoE Carney’s speech yesterday. Gilt yields have hit new record lows; the 10-year benchmark logged a new record low at 0.077%. 2-year Gilt yields have remained in negative territory, having tipped below zero yesterday. UK stocks are also underperforming, the FTSE 100 losing early gains and the FTSE 250 down by 0.5%. While the FTSE 100 more than recovered post June-23 losses, with the multinational companies that comprise it benefiting from the weak pound, the FTSE 250 is over 7% below from pre-Brexit vote levels, underperforming international peers. Investors are clearly discounting a recession in the UK. The UK is in a political mess, negotiations on exit terms with the EU won’t start for at least another three months, and quite possibly not until early 2017, and the EU has ruled out that the fourth pillar of the union — free movement of people — will not be up for negotiation, suggesting that the UK will lose unfettered access to the single market. Meantime the BoE is widely expected to cut the repo rate to as low at 0.10% by the end of summer, and possibly to negative levels beyond that, and expand its long-since dormant QE program by another GBP 50 bln.

Where does all this Sterling over the coming quarter? My view is now bearish sterling over the next three months and even further out. The impact it will have on the UK economy as a net importer is overall negative, the 1Q current account deficit sits an ugly 6.9% of GDP and I likely to worsen again. The large foreign capital inflows that fuel the high levels of speculation, particularly in the UK property market will inevitably start to slow. The paradox being that a cheap pound should encourage foreign investment.  Inflation will rise (which is what the BOE wants but could easily now exceed expectations) directly as sterling remains low.

Add the economic reality with the political uncertainty over the next 3 months (no new PM until September) and there really appears to more stress ahead for sterling.  GBPUSD currently trades at 1.3300 and I can see 1.3000, 1.2500 and even 1.2000 over the next few months.  The gap at 1.3450-13650 would probably need to be filled before the next move down. The trigger is likely to be a BOE  interest rate cut in either August or even as early as this month.  A clear breach and break above 1.38500-1.4000 would be required for any long positions to be considered.