Investor bets against the US dollar increased for a second week in a row: the dollar net short position rose to $4.19 billion from $1.85 billion in the previous week against the major currencies, according to the report of the Commodity Futures Trading Commission (CFTC) covering data up to April 26. Bearish bets against the dollar hit three year high as disappointing economic reports gave market participants no reason to upgrade bearish dollar outlook ahead of Federal Reserve’s policy meeting. Lower sales and inflation reports of April 13-14 were followed by soft housing market data of April 19-20 which showed that housing starts and permits fell unexpectedly in March, pointing to weakness in construction spending and construction employment. And while existing home sales report of April 20 indicated better than expected 5.1% rise in March, it was still less than the 7.3% drop in February. And the new home sales report of April 26 showed US single-family new home sales unexpectedly fell by 1.5% on the month to a seasonally adjusted annual rate of 511000 in March of 2016. The weakness in housing market and falling sales and inflation data indicate consumption will likely not provide the hoped for boost to economic growth in the first quarter. At the same time falling durable goods orders as attested by April 26 report indicated falling business investment will also provide little boost to GDP. It is not surprising that with economic reports providing little indication of improved economic growth investors turned more bearish toward the US dollar. As is evident from the Sentiment table, sentiment improved for all major currencies except for the Japanese yen and Swiss franc. And the euro and the British Pound remain the only two major currencies held net short against the US dollar. 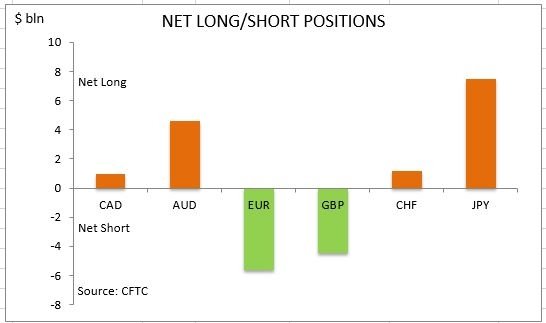 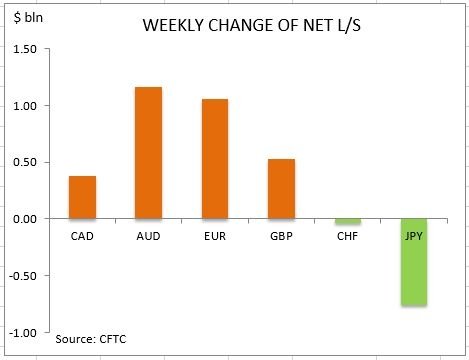 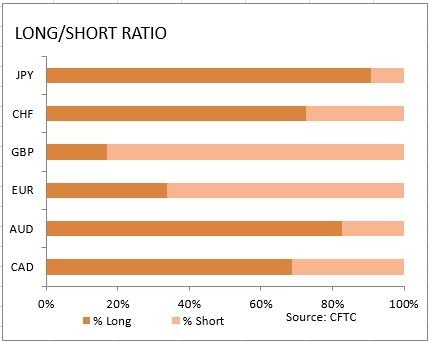