Bearish bets on US dollar rise for the third week

Bearish bets against the US dollar rose for the third week in a row: the dollar net short position rose to $6.42 billion from $4.19 billion in the previous week against the major currencies, according to the report of the Commodity Futures Trading Commission (CFTC) covering data up to May 3. Bearish bets against the dollar hit another three year high as the Federal Reserve left the target range for federal funds unchanged at 0.25% to 0.5% range and the Fed statement implied policy makers were in no hurry to further tighten money supply after a rate hike in December. Economic reports during the week indicated GDP growth slowed to 0.5% in the first quarter from 1.5% in the last quarter of 2015. Personal consumption expenditure price index, Federal Reserve’s preferred gauge for inflation, rose 0.8% in March compared to the same month a year earlier, down from a 1% rise in February. Manufacturing sector expanded at lower pace in April compared with the previous month growth: ISM Manufacturing PMI declined to 50.8 from 51.8 in March. Construction spending also slowed: it grew 0.3% in March compared to a 1% rise in February. Investors clearly saw no indication of improved growth prospect for US economy which would contribute to increased likelihood of additional rate hikes by Federal Reserve. This resulted in increased bets against the US dollar. As is evident from the Sentiment table, sentiment improved for all major currencies except for the Australian dollar, Japanese yen and Swiss franc. British Pound and the euro are still the only two major currencies held net short against the US dollar.

The sentiment continued to improve for the Canadian dollar with the net longs rising at a pace slightly faster than in the previous week: the net longs rose by $536 million to $1.4 billion. Investors further increased the gross longs and covered shorts. The bullish sentiment toward the Australian dollar weakened as investors cut both gross longs and shorts after weak inflation data increased the likelihood of a rate cut by the Reserve bank of Australia, which actually cut the rates to 1.75% from 2% on May 3. Sentiment toward the Swiss franc Swiss franc deteriorated at a faster pace: the net long position declined by $295 million to $0.89 billion. Investors cut both the gross longs and the gross shorts. 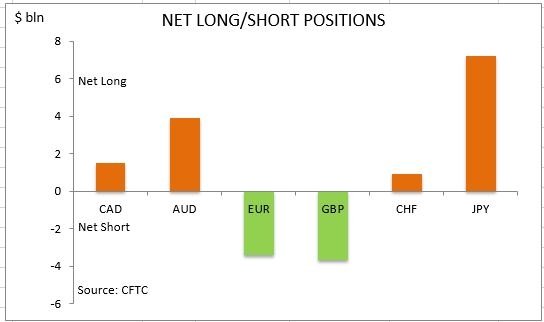 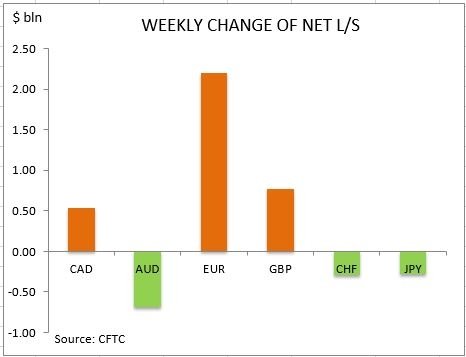 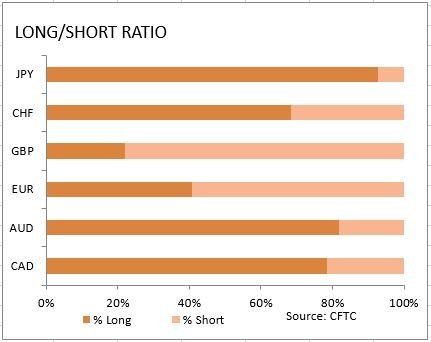