Bearish bets on US dollar fall

Bearish bets against the US dollar fell for the first time in four weeks: the dollar net short position narrowed to $6.19 billion from $6.46 billion in the previous week against the major currencies, according to the report of the Commodity Futures Trading Commission (CFTC) covering data up to May 10. Mixed economic reports during the week indicated nonfarm payrolls rose less than expected 160000 in April, a decline from 208000 jobs created in March. While the increase in payrolls was less than expected it still was above the 100000 level that the Federal Reserve estimates is necessary to keep the unemployment rate from rising. The somewhat disappointing jobs report was accompanied by positive statistics on wages: the growth of average hourly earnings in April was 0.3% on month, accelerating to 2.5% year on year from 2.3% in March. Rising wages together with higher unit labor cost index, which rose 4.1% in the first quarter from 2.7% in the previous period, point to increase in expected inflation. ISM Non-Manufacturing PMI rose to 55.7 from 54.5 in March, new orders expanded at a faster pace and prices increased for the first time in three months, reflecting optimism over business and growth. Stronger services sector together with rising auto sales and construction spending, which grew 0.3% on month in March, point to improving outlook for second quarter growth. This resulted in reduced bets against the US dollar. As is evident from the Sentiment table, sentiment improved for all major currencies except for the Australian dollar, Japanese yen and Swiss franc. British Pound and the euro remain the only two major currencies held net short against the US dollar. 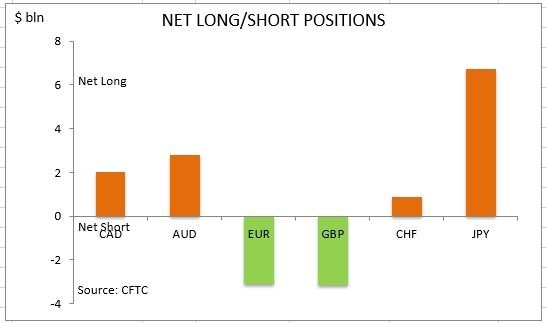 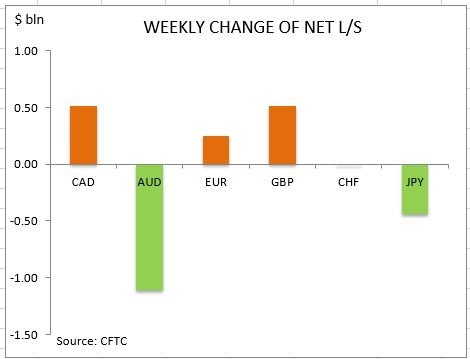 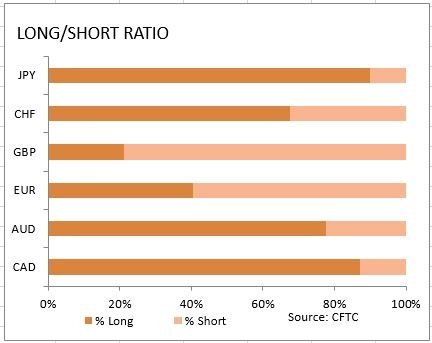