US dollar net longs fell to $3.0 billion from $6.6.billion against the major currencies during the previous week, according to the report of the Commodity Futures Trading Commission (CFTC) covering data up to June 28. The decision by UK to leave the European Union increased uncertainty in global financial markets and boosted demand for haven assets including US dollar. At the same time it made the prospect of a rate hike by Federal Reserve less likely for the same reason Fed Chair Janet Yellen mentioned at her House testimony defending central bank’s cautious approach to rate hikes. She said the UK exit from the EU poses a significant risk to the US economy. After Brexit vote market participants deemed it more likely the Fed would cut the rates than increase them: the Fed fund futures prices indicated traders price in a 7.2% chance of a rate cut in July instead of a hike, according to CME Group’s FedWatch tool. Economic data during the week were mixed. Durable goods orders fell in May, pointing to weak business investment. Existing home sales grew in May but new home sales declined. Meanwhile consumer confidence in June jumped to 98 from 92.4 in May according to Conference Board, and Services PMI was steady at 51.3 while flash Manufacturing PMI rose to 51.4 from 50.7. And Q1 GDP was revised upward to 1.1%. Investors reduced bullish bets on dollar after Brexit. As is evident from the Sentiment table, sentiment improved for all major currencies. And the Japanese yen, Swiss franc and Canadian dollar remained the three currencies held net long against the US dollar. 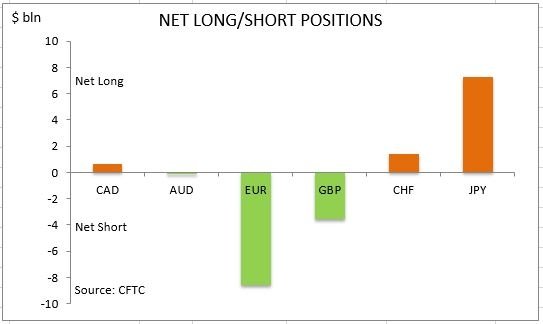 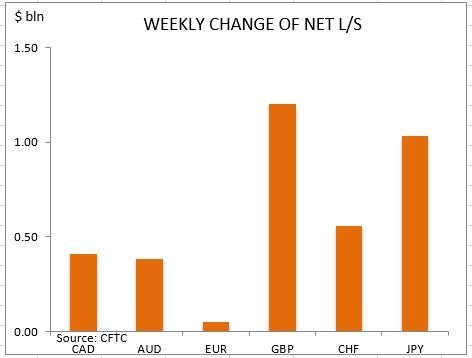 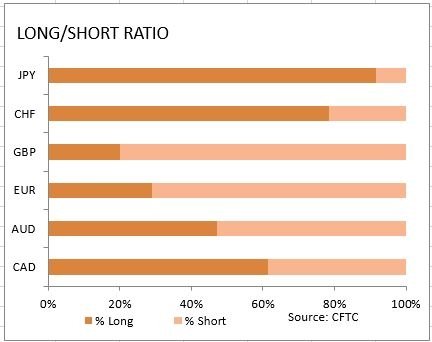