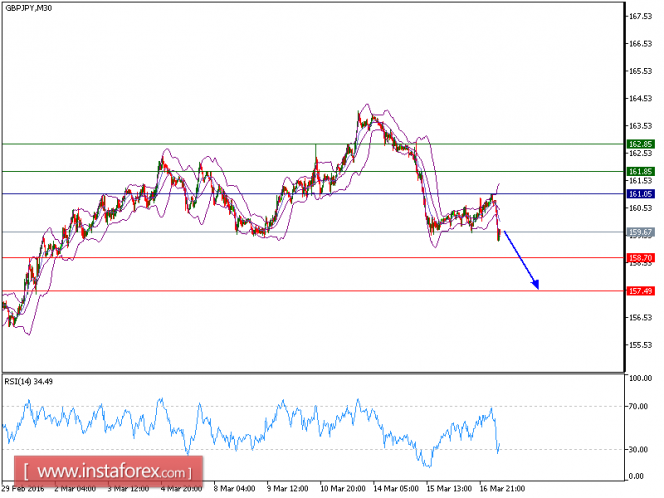 USD/CAD is expected to trade with a bearish bias. After yesterday's sharp decline, the pair has clearly reversed down, and is likely to post a new drop towards 158.70. The relative strength index is badly directed. Even though it is now within its "oversold" area below 30, it hasn't yet showed any reversal signals. The 20-period and 50-period turned down as well, which should confirm a negative outlook. To sum up, as long as 161.05 is not surpassed, look for further downsides to 158.70 and 157.50 in extension.