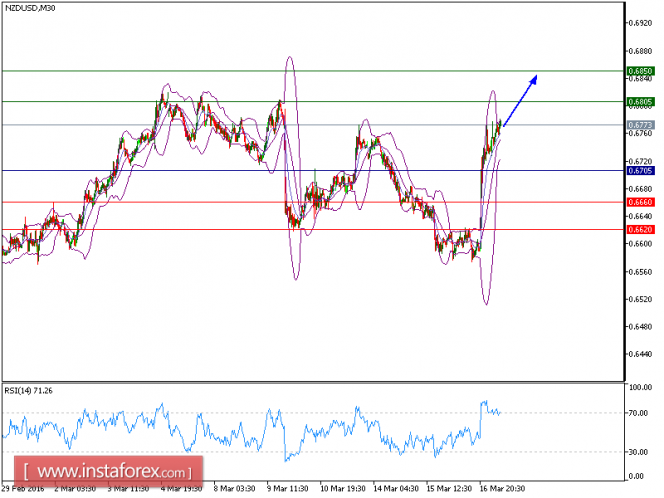 NZD/USD is expected to trade in a higher range. The pair jumped above its previous resistance at 0.6705, which now acts as support. The upside potential has been opened towards 0.6805. In addition, the immediate trend is up, and the momentum is strong, as the relative strength index broke above its neutrality area at 50, and is well directed now. Hence, as long as 0.6705 is not broken, the pair is likely to advance to 0.6805 and 0.6850 in extension.