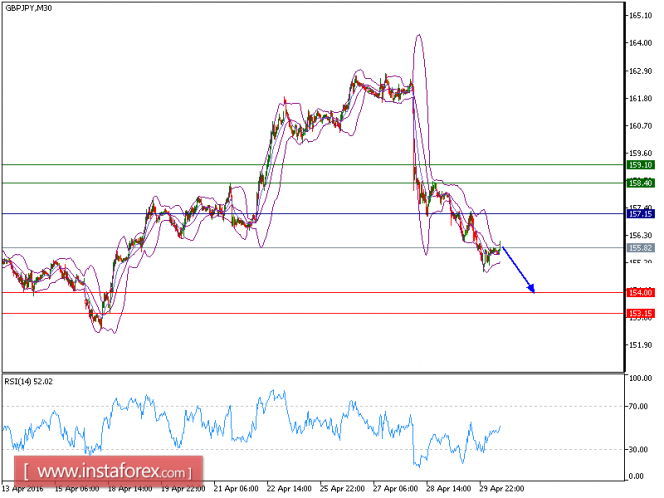 GBP/JPY is expected to trade with bearish bias. The pair still remains under pressure below its key resistance at 157.15. Meanwhile the relative strength index lacks strong upward momentum. As long as 157.15 is not broken up, the first target to the downside is set at 154. A break below this level would open the way to further weakness towards 153.15.