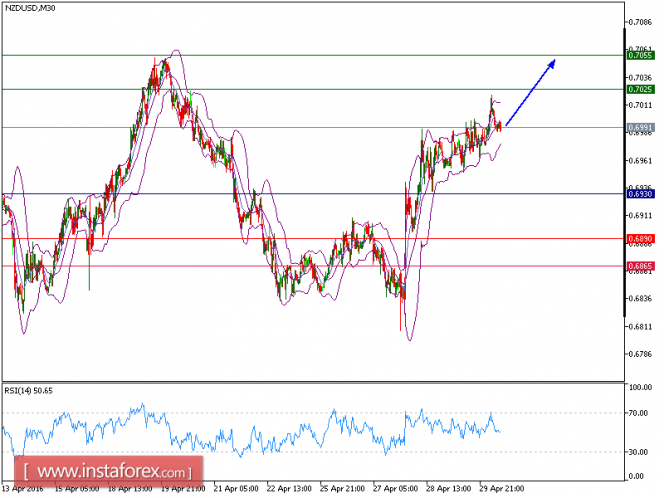 NZD/USD is expected to post further advance. The pair remains on the upside within a bullish channel, and it is more likely to challenge its nearest resistance at 0.7025 in the coming trading hours. The horizontal support at 0.6930 should limit any downward attempts. In addition, the relative strength index is still bullish above its neutrality area at 50. To sum up, as long as 0.6930 is not broken, pair is likely to advance to 0.7025 and 0.7055 in extension.