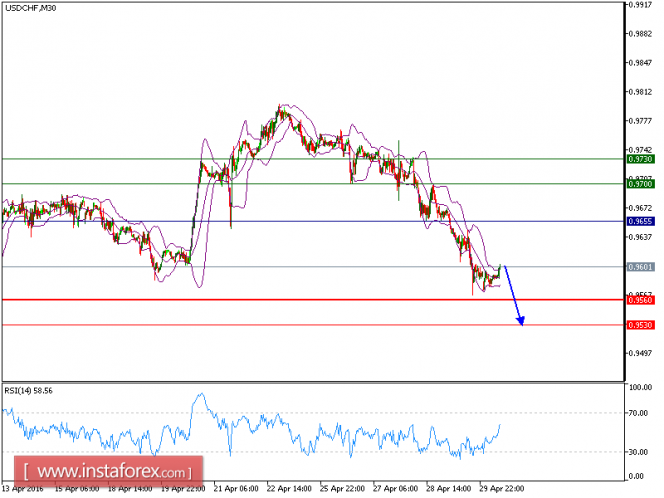 USD/CHF is expected to trade in a lower range. The pair is heading downward within its intraday declining channel in place since April 27, 2016. The falling 20-period and 50-period moving averages also act as resistance levels, which should continue pushing the prices lower. Furthermore, the relative strength index lacks upward momentum. In these perspectives, as long as 0.9655 holds on the upside, look for further downsides to 0.9560 and 0.9530 in extension.