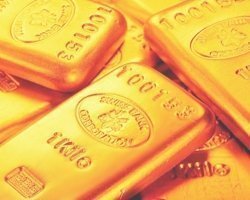 According to the National Bureau of Statistics of China, the Purchasing Managers' Index climbed to 50.1 points in April, marginally lower than March's 50.2 points, but still above the fifty-point mark that separates expansion from contraction. Moreover, data on two more sub-indices was released as well.The new factory orders decreased to 51.0 points from 51.4 points in March, and the production sub-index dropped slightly to 52.2 points from 52.3 points in March. This means that the activity in China's manufacturing sector increased for the second consecutive month, but the advance was not that impressive, so the sustainability of this pick-up might be short-lived.

The biggest trading partner of China is Australia and that is why we should take a look at the technical picture of the AUD/USD pair inthe daily time frame after the data release. The growing bearish divergence indicates a lack of strength in the bulls camp, so the recent support levels might be tested again. The first of this supports is at the level of 0.7546, the second is at 0.7489, and the third formed at the level of 0.7386. Please notice that the golden trend line might be broken if the second support level is violated and that is what bears camp needs to take back the control over the market.