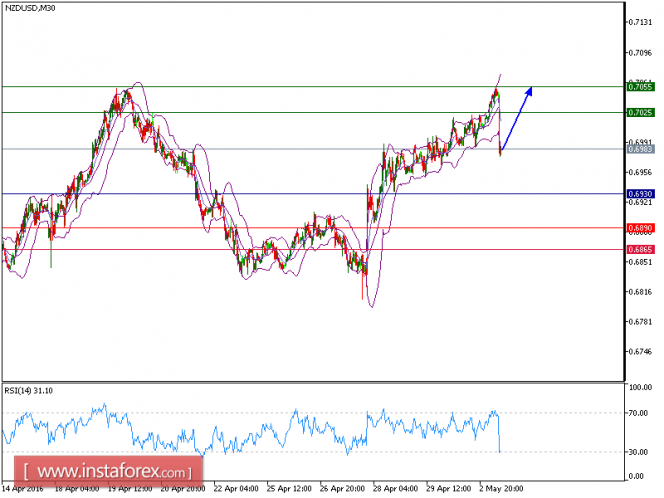 NZD/USD is expected to trade with a bullish bias. The pair remains on the upside within its bullish channel. The nearest support at 0.6930 maintains strong buying pressure on the prices. Besides, the relative strength index is heading upward and stays above its neutrality area at 50. To sum up, as long as 0.6930 holds on the downside, look for further advance to 0.7025 and 0.7055 in extension.