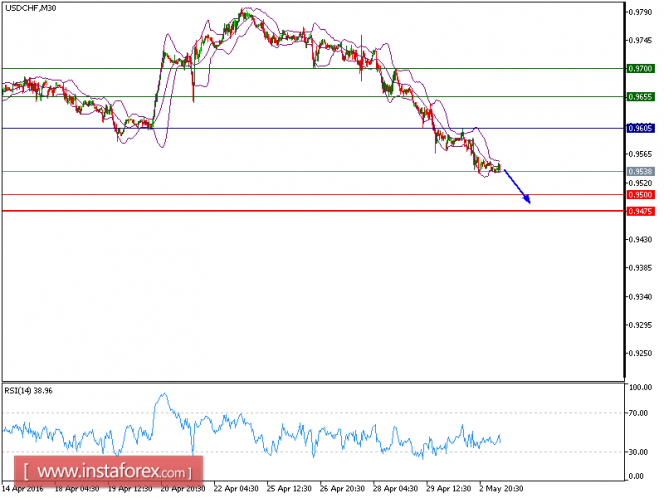 USD/CHF is under pressure. The pair has been capped by a negative trend line since April 28 and remains on the downside. Meanwhile, the relative strength index lacks upward momentum. The first target to the downside is therefore set at 0.9500. A break below this level would open the way to further weakness toward the horizontal support and overlap at 0.9475 in extension.