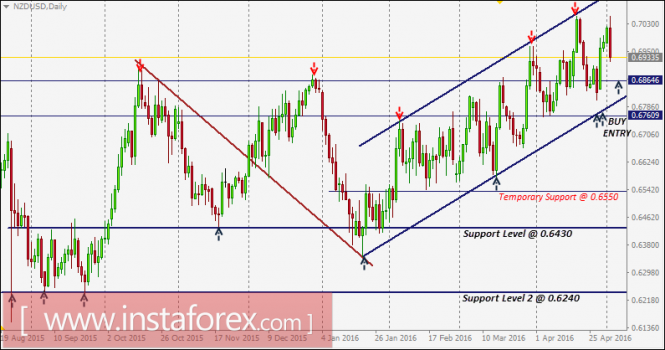 Conservative traders were advised to have a BUY entry around the 0.6760 level. S/L should be raised to 0.6880 to secure more profits.

The recent bearish pullback towards 0.6850 was considered as another valid signal to BUY the NZD/USD pair.

This week, bullish persistence above 0.6850 (recent support) is mandatory to maintain enough bullish momentum in the market. Bullish targets are projected towards 0.6960, 0.7050, and 0.7150.

On the other hand, a daily closure below the 0.6850 level enhances a quick bearish movement towards 0.6750.