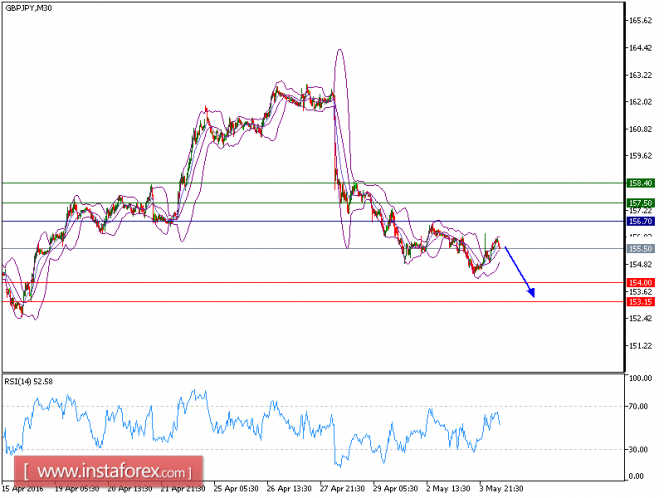 GBP/JPY is expected to trade in a lower range. The pair failed to post a sustainable rebound after its 2% plunge triggered by the Australian central bank's surprise move to cut interest rates by 25 basis points. Although it is currently off its low of 154, it is still far below the key resistance at 156.70 as well as the 50-period moving average. Crossing below the immediate support at 154 would suggest a further decline toward 153.15.