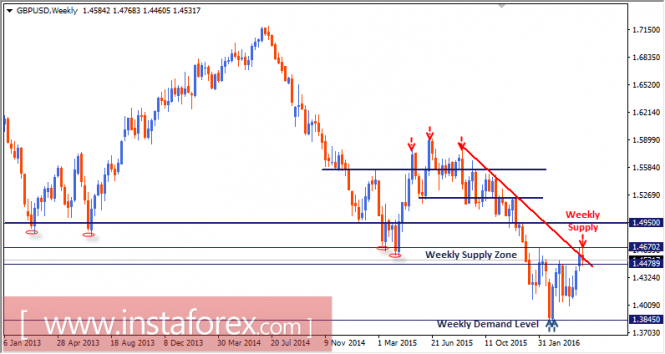 However, as the previous weekly candlesticks maintained their bearish persistence below the depicted weekly supply zone (below 1.4470), the next demand level located at 1.3845 (historical bottom that goes back to March 2009) provided a significant bullish rejection on February 26.

The price zone of 1.4475-1.4670 has been standing as a significant supply zone during the past few weeks.

This week, the depicted downtrend line comes to meet the GBP/USD pair around the same price zone. That is why, a bearish rejection should be expected again around the upper limit (1.4670 level). 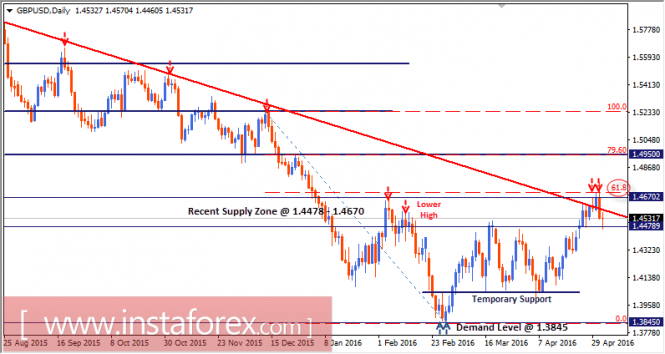 A lower high was recently achieved around the level of 1.4530. This applied extensive bearish pressure against the price level of 1.4470.

That is why signs of a bullish recovery and a profitable long entry were suggested around 1.3845. A recent bullish swing was expressed towards the price levels around 1.4470.

The price zone of 1.4470-1.4670 constituted a significant supply zone where the depicted Head and Shoulders reversal pattern was expressed.