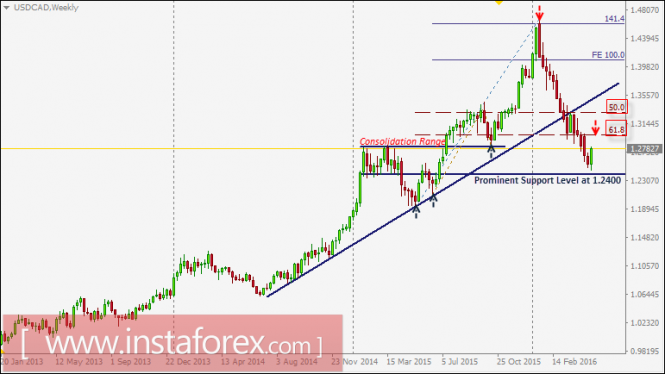 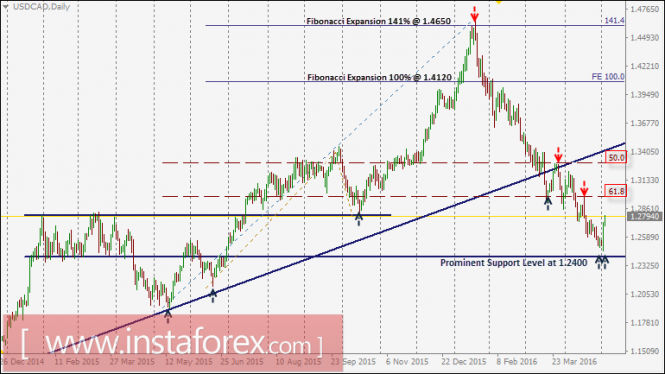 As expected, the 1.3300 level stood as a significant resistance as it corresponds to the 50% Fibonacci level and the backside of the broken weekly uptrend where a valid sell entry was suggested on March 24.

Shortly after, a quick bearish decline took place. However, early signs of bullish recovery are being expressed around 1.2460.

Conservative traders are advised to consider any pullback towards 1.2970 (61.8% Fibonacci level) as a valid signal to sell the USD/CAD pair. S/L should be placed above 1.3050.