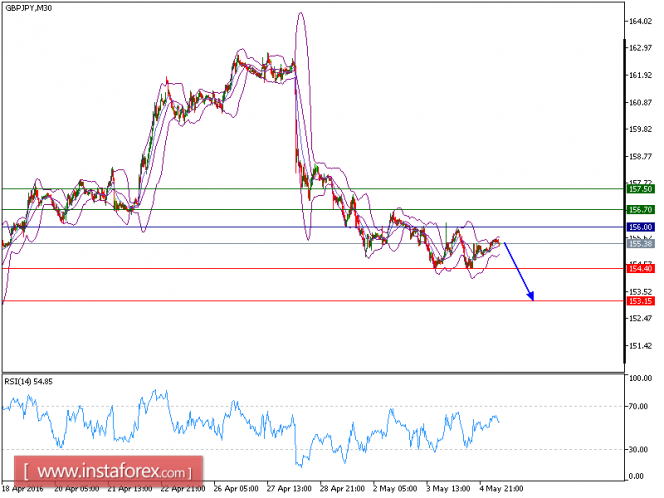 GBP/JPY is expected to trade in a lower range. The pair remains weak and is likely to challenge its nearest support at 154.40 in sight. The risk of a slide below this threshold remains high, as the falling 50-period moving average maintains strong selling pressure and should push the prices lower. In this case, as long as 156 is not surpassed, a decline to 154.40 and 153.15 is likely in extension.