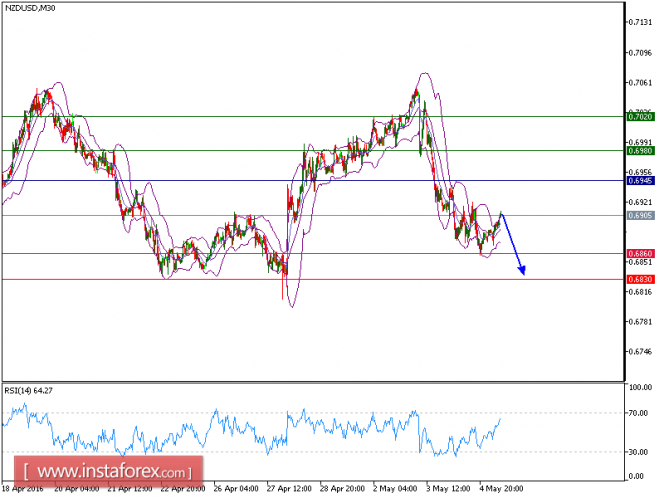 NZD/USD is under pressure. The pair remains under pressure below its key resistance at 0.6945. Even though a technical rebound cannot be ruled out at the current stage, its extent should be very limited. Besides, both the 20-period and 50-period moving averages are still heading downward, which should confirm a bearish outlook. The relative strength index is still below its neutrality area at 50. Hence, as long as 0.6945 holds on the downside, look for a new pullback to 0.6860 and 0.6830 in extension.