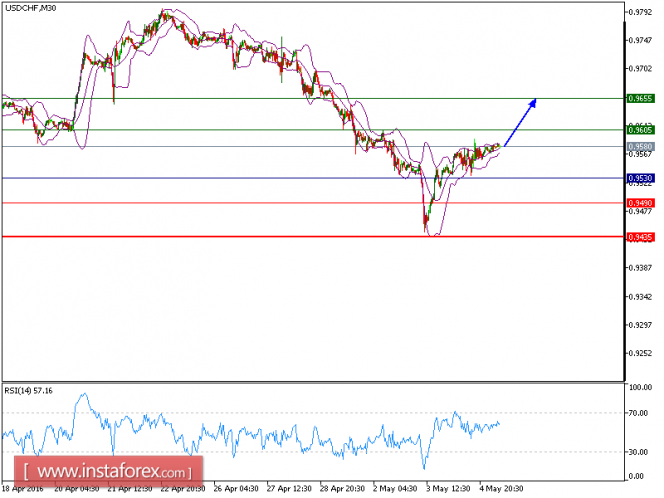 USD/CHF is expected to trade with a bearish bias. The pair stands firmly above its key horizontal support at 0.9530 and is likely to post further advance to 0.9605 at first. The relative strength index is mixed to bullish, and also lacks downward momentum. The rising 50-period moving average plays well a support role. Therefore, as long as 0.9530 is not broken, look for further upsides to 0.9605 and 0.9655 in extension.