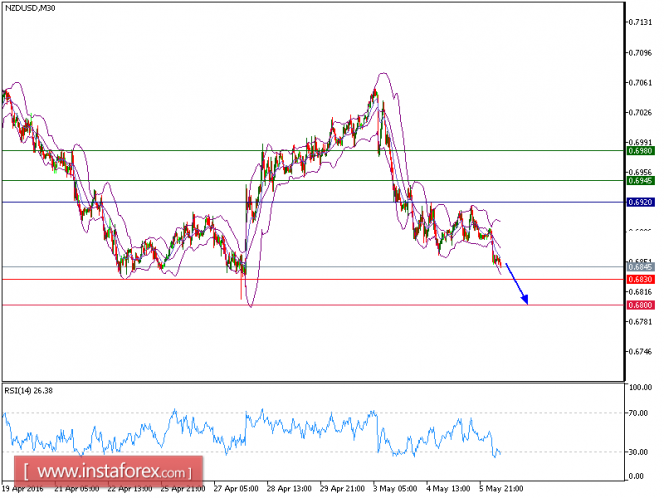 NZD/USD is expected to trade in a lower range as the pair is under pressure. The pair remains under pressure below its horizontal resistance at 0.6920. Both the 20-period and 50-period moving averages are playing resistance roles as well. At the same time, the relative strength index stays below its neutrality area at 50 and lacks upward momentum. Below 0.6920, the risk of a slide below 0.6830 remains high. Our next down target is set at 0.6800.