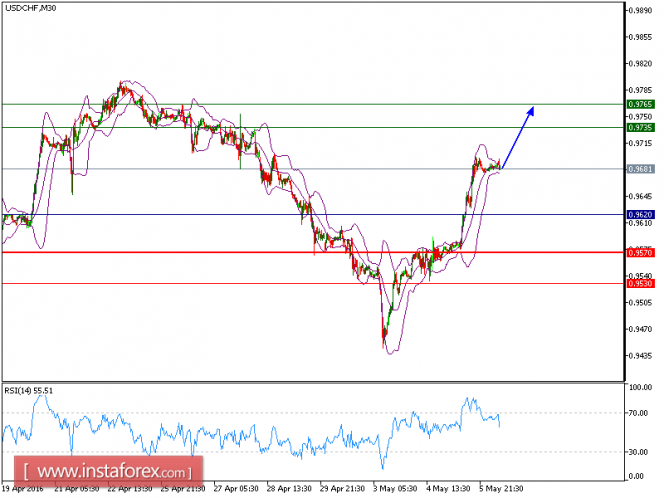 USD/CHF is expected to trade in a higher range as target 0.9735 is in sight. The pair remains on the upside and is expected to post further rebound. The 20-period and 50-period moving averages are playing support roles. Besides, the relative strength index is still above 50. Further upside is therefore expected with the next horizontal resistance and overlap set at 0.9735 at first. A break above this level would call for further advance towards 0.9765.