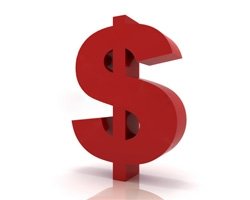 The Dollar index continued rising yesterday despite worse than expected jobless figures. The dollar reached an important short-term resistance. Taking into account that we expect NFP to be announced later today, I prefer to close dollar longs and be neutral.

The Dollar index reached the Kumo resistance and nearly the 61.8% Fibonacci retracement of the decline from 95.20. The short-term trend is bullish but a reversal is possible if price breaks below 93.50.