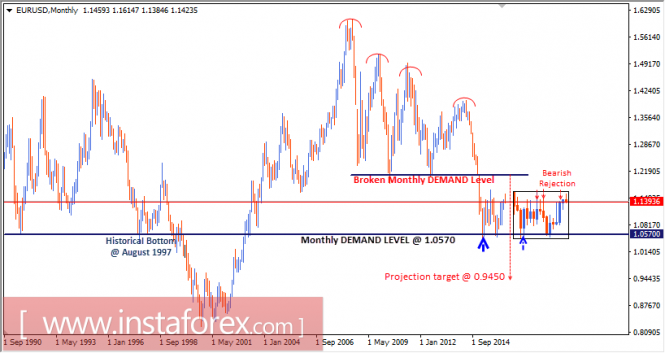 In March 2015, the EUR/USD bears challenged the monthly demand level of 1.0570, which had been previously reached in August 1997. Later in April 2015, a strong bullish recovery was observed around the mentioned demand level.

In February, the depicted price levels around 1.1500-1.1550 acted as a significant supply zone during the current bullish pullback. 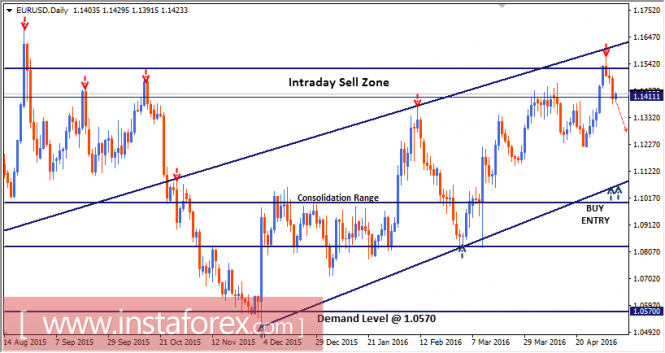 Similar to what happened on October 2015, the supply zone of 1.1410-1.1550 should constitute a significant resistance zone for the EUR/USD pair.

This week, the price level of 1.1600 corresponded to the backside of the broken uptrend line depicted on the chart.

Otherwise, the EUR/USD pair may remain trapped between 1.1410 and 1.1520 levels until breakout occurs (most probably to the downside).