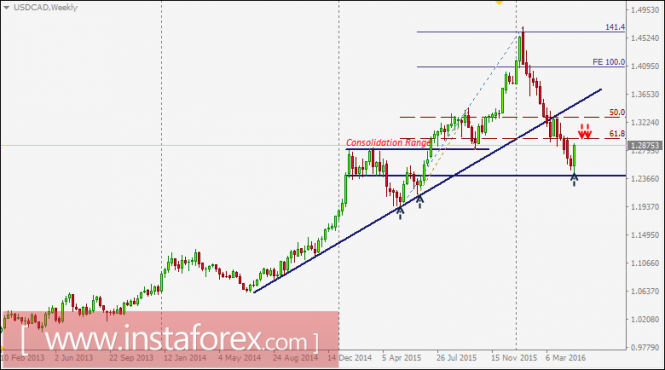 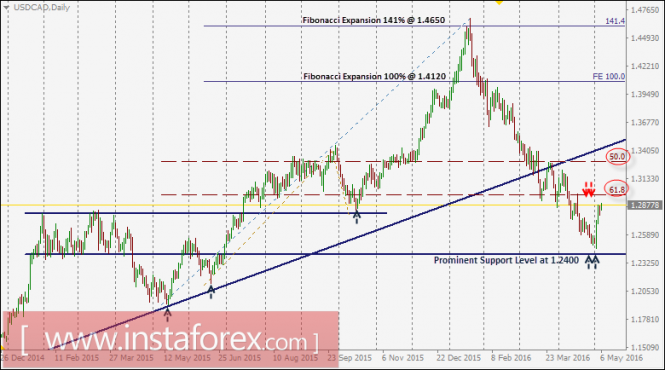 As expected, the 1.3300 level stood as a significant resistance as it corresponds to the 50% Fibonacci level and the backside of the broken weekly uptrend where a valid sell entry was suggested on March 24.

Shortly after the quick bearish decline took place, signs of bullish recovery were expressed around 1.2460.

Conservative traders are advised to consider any pullback towards 1.2970 (61.8% Fibonacci level) as a valid signal to sell the USD/CAD pair. S/L should be placed above 1.3050.