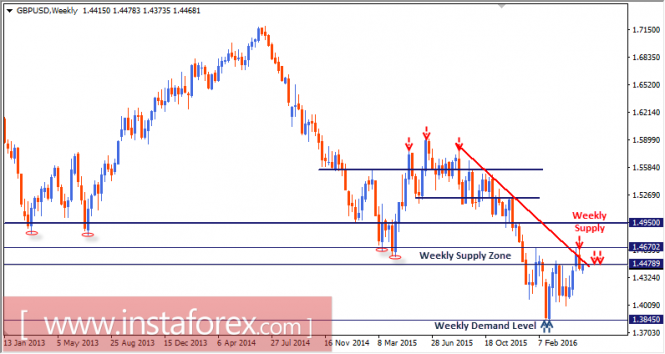 However, as the previous weekly candlesticks maintained their bearish persistence below the depicted weekly supply zone (below 1.4470) which allowed further bearish decline to occur.

The price zone of 1.4475-1.4670 has been standing as a significant supply zone during the past few weeks.

Last week, the depicted long-term downtrend line came to meet the GBP/USD pair around the same price zone. Hence, significant bearish rejection was expected around the upper limit of it (1.4670 level). 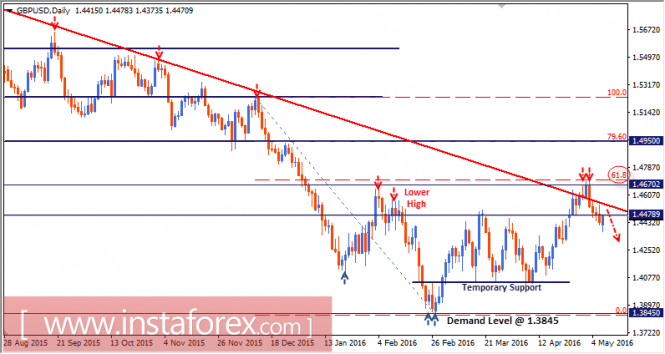 On February 2016, a lower high was achieved around the level of 1.4530. This applied extensive bearish pressure against the price level of 1.4470.

This week, daily persistence below 1.4470 will be needed to enhance further bearish decline towards 1.4380 and 1.4250. Otherwise, a bullish pullback towards 1.4570 shouldn't be excluded.