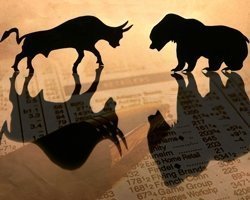 The Westpac-Melbourne Institute Consumer Sentiment Index jumped 8.5% in May to a January-2014 high of 103.2, after sliding to a seven-month low of 95.1 in April. This largest single increase since June 2010 was caused by the earlier rate cut by RBA , which improved the overall confidence of Australian citizens. As we remember, the central bank cut the official cash rate by 25 basis points to 1.75%, after keeping rates on hold for a year. In conclusion, the majority of consumers are positive about the outlook for the economy and their personal finances.

Let's now take a look at the AUD/USD technical picture in the daily time frame. The resistance zone between the levels of 0.7412-0.7382 has put a lid on the bullish bounce and now the market is heading lower towards the next important support at 0.7259 that corresponds to 200 DMA as well. After the brown ascending trend line breaks out, bears are still in control over this market and only a sustained violation of the level of 0.7490 would bring bulls back to the game.