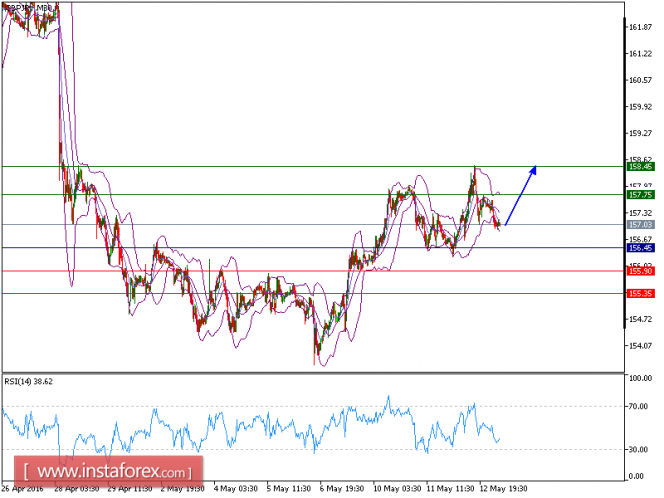 GBP/JPY is expected to trade in a higher range. The pair stands above its support at 156.45 and is moving sideways around its 20-period and 50-period moving averages. Even though a continuation of the consolidation cannot be ruled out, its extent should be limited. Further upside is expected with the next horizontal resistance and overlap set at yesterday's high at 157.75 at first. A break above this level would call for further advance toward 158.45 in extension.