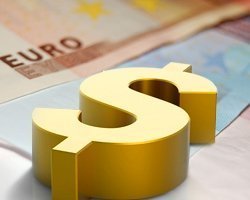 The US job market data on unemployment claims widely disappointed market participants as the number of Americans filing for unemployment benefits increased to a more than one-year high last week. Investors had expected unemployment claims to rise just a little from 274, 000 to 277,000. Instead, the Labor Department reported that unemployment claims surged 20,000 to 294,000 in the week ended May 7 (highest level since February 2015). Some of the analyst argued that striking telecommunication workers could be the main driver of a rise. In conclusion, this kind of data did not suggest deterioration in the overall labor market, but it is worth to mention, that it is the third week in a row when US claims are higher than expected.

Let's now take a look at the EUR/USD technical picture in the 4H time frame. After making a swing high at the level of 1.1615, the market is dropping towards the lower support levels, but still the most important technical support at the level of 1.1215 has not been violated. Only if this level is clearly violated, bears will be in control over this market.