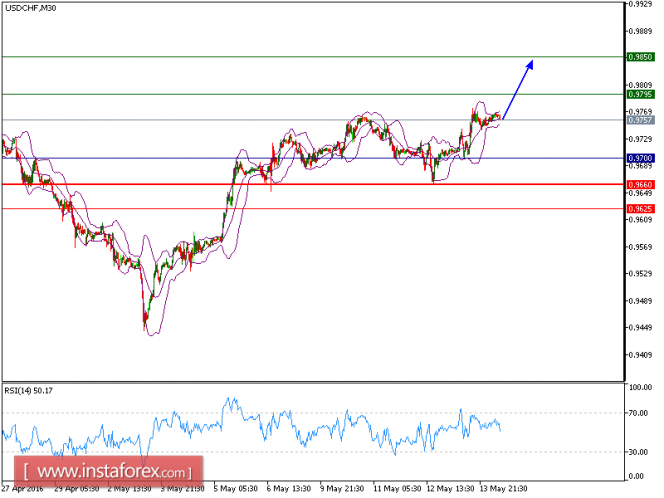 USD/CHF is expected to post some further gains. The pair bounced off its key support at 0.9700 and is likely to challenge its nearest resistance at 0.9795. The 50-period moving average acts well as support and should continue to push the prices higher. Last but not least, the relative strength index stands firmly above its neutrality area at 50 and calls for a new rise. To sum up, above 0.9700, further advance is expected to 0.9795 and 0.9850 in extension.