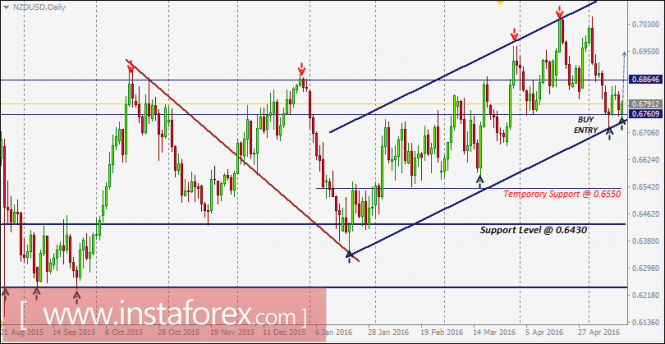 On January 28, the depicted support at 0.6400 acted as a prominent key level offering a valid buy entry.

In March, obvious bullish breakouts above 0.6750 and 0.6860 were executed. Hence, the price level of 0.6750 constituted a significant support level where a bullish hammer daily candlestick was expressed on Tuesday.

This week, bullish persistence above 0.6850 is mandatory to maintain enough bullish momentum in the market.

Otherwise, sideways consolidations should be expected between the price levels of 0.6750 and 0.6850.